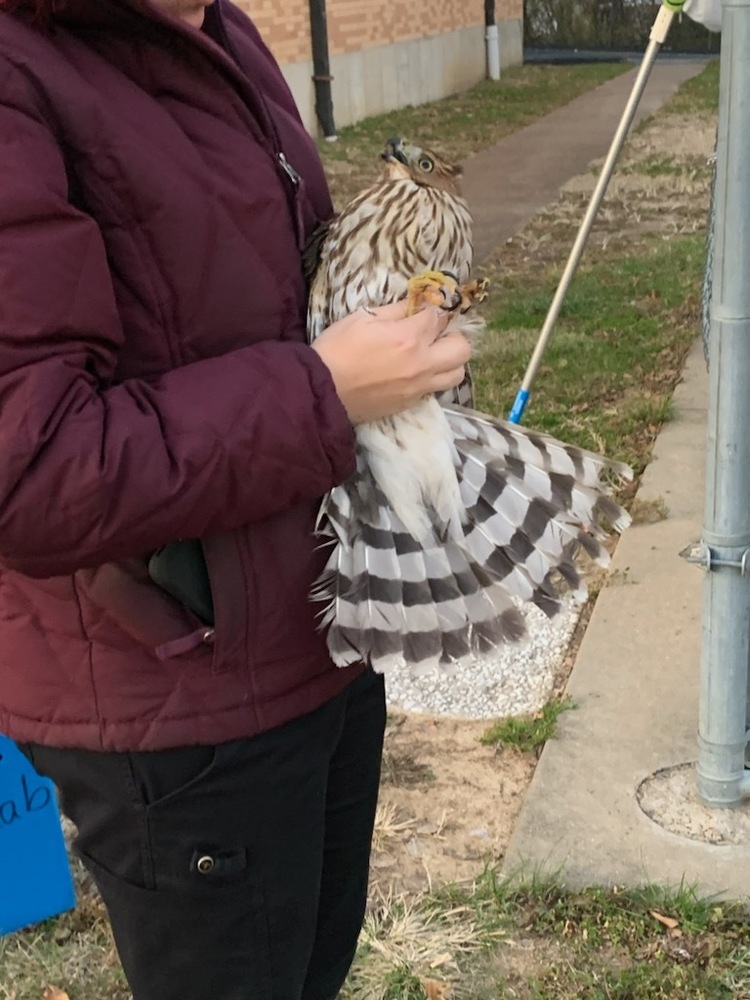 The SFA Campus as a Habitat

The SFA Campus as a Habitat?

When most students, faculty, parents, and parishioners think of the SFA outdoor campus, I suspect that ball fields, schoolyard, playground, and parking lot come to mind.    I wonder how many would consider our outdoor campus a habitat?

Recently a Cooper’s hawk got caught in the batting cage behind the school.  This is a fenced area with a big net over it to keep balls from flying out during batting practice.  Over the years I have seen squirrels, crows, doves, and small songbirds fly in and out of the nets.  I have never seen a bird as big as a Cooper’s hawk in the cages but that is what happened.  The hawk more than likely followed its lunch (i.e. its prey, in this case, a pigeon) into the cages to catch it.  Once inside and after eating its fill,  it could not get out.  To escape, Cooper’s hawks tend to want to go up and out, and in this case, that resulted in hitting the nets.

We called the World Bird Sanctuary and they sent out two staff members to rescue the hawk.  After going into the cage and capturing the hawk with a big fishing net, they gave it a thorough exam and found it ok to be released.  The hawk was released into the ball fields and flew into the trees by the playground.

I have seen Cooper’s hawks, redtail hawks, squirrels, and a deer as close as the wooded areas to the south of the ball fields,   I have seen as many as 13 turkey vultures roosting on the cell tower and bald eagles gliding high above our campus. 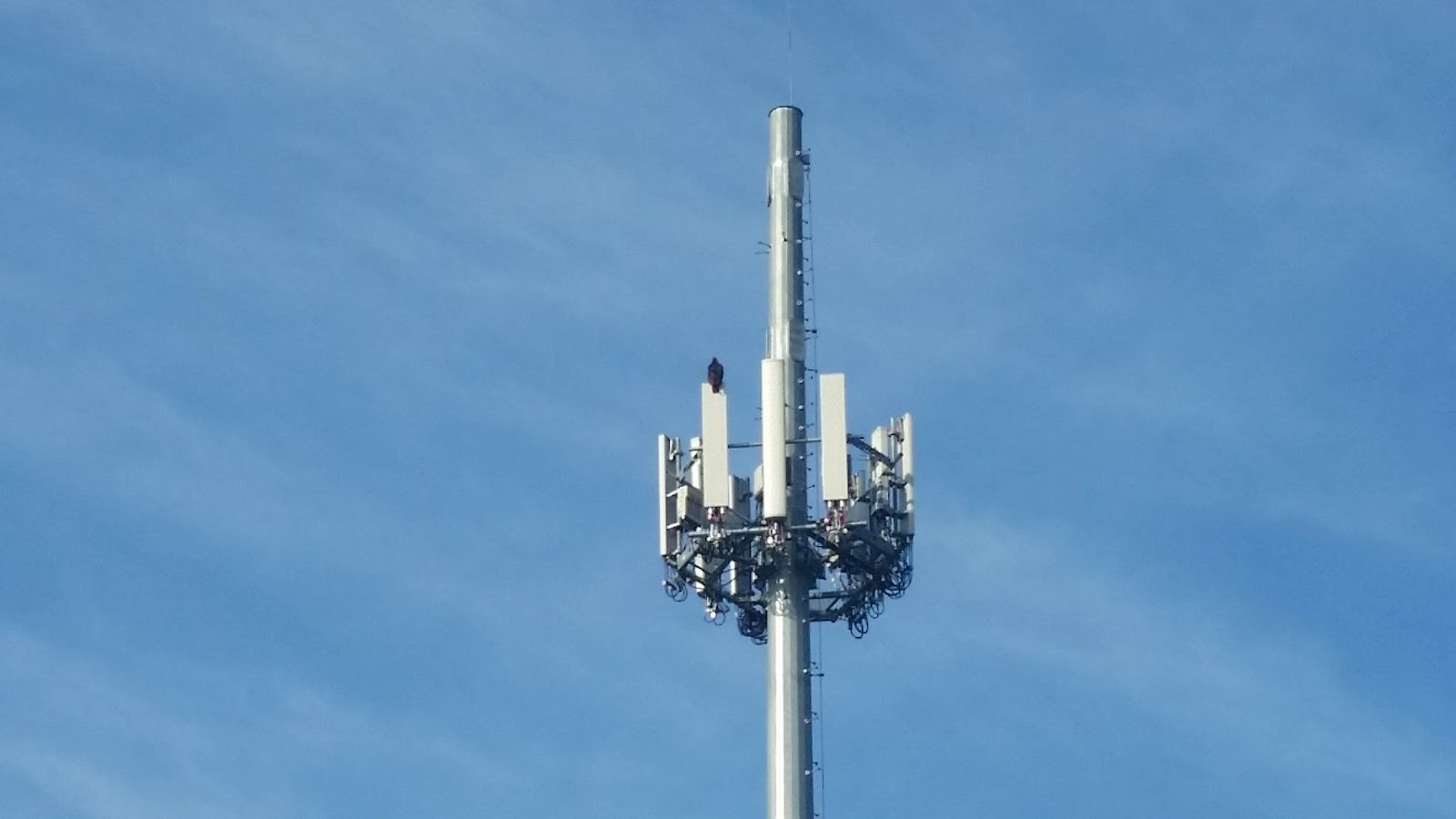 Several years ago I met with the Meramec Community College Horticulture Department about our campus property.  Their first words were, “Wow, you have some great animal habits for an urban campus.”  I had never considered that until then.   Since then SFA has engaged with the Litzinger Road Ecology Center, part of the Missouri Botanical Garden, looking at Sustainable Schoolyards for the outdoor learning experience and place-based learning.  Our partnership with Seed St Louis has allowed us to plant butterfly habitats in our school garden 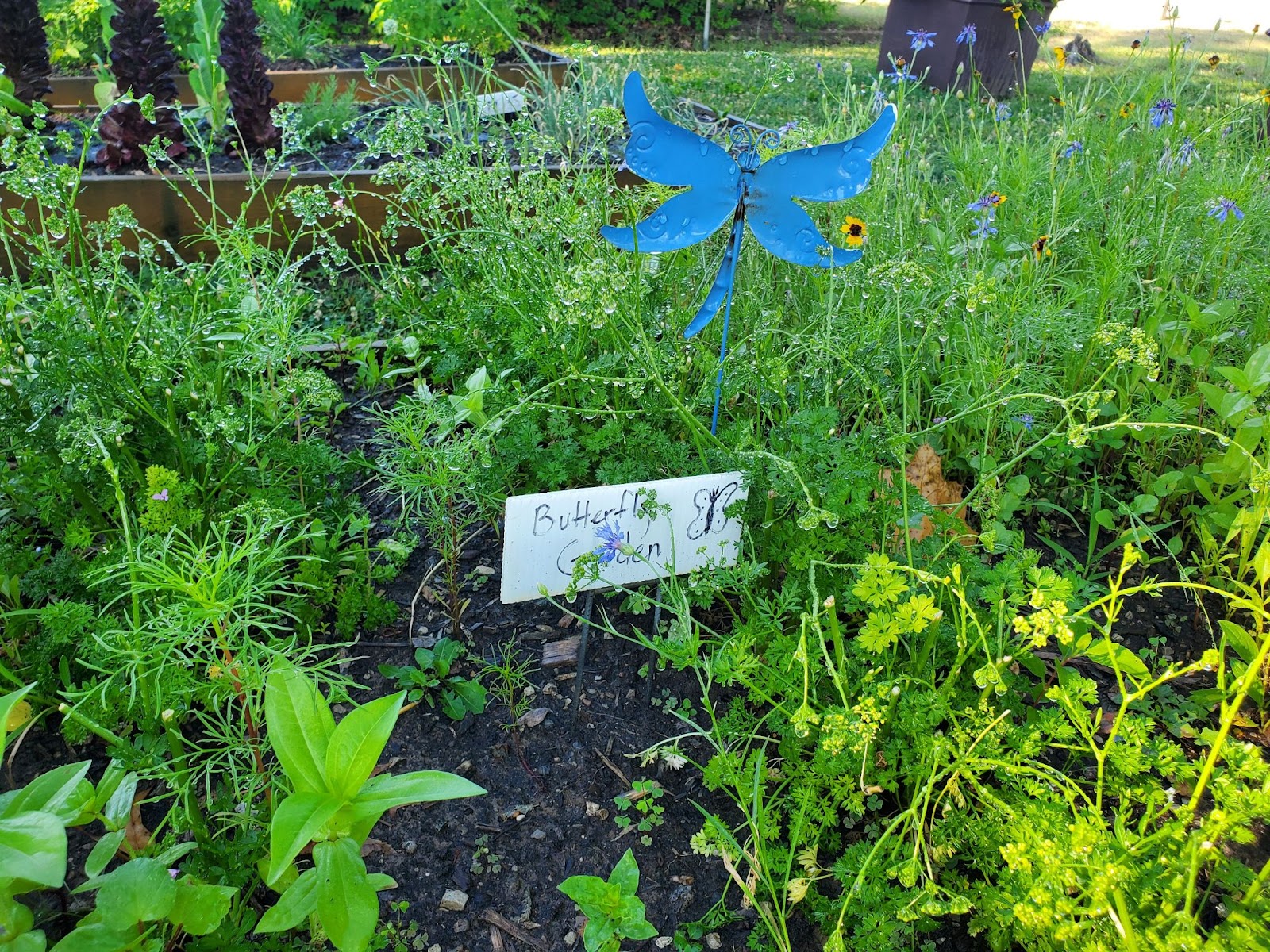 SFA is blessed in so many ways.  It seems that God blessed us with many of His creations right here on our campus!    How fitting that we’re named after a Saint who truly honored and appreciated all of God’s creations.  Maybe you, too, will now look at the SFA campus differently like I do.  St. Francis of Assisi would be proud that we’re viewing the campus named for him through such a lens!!